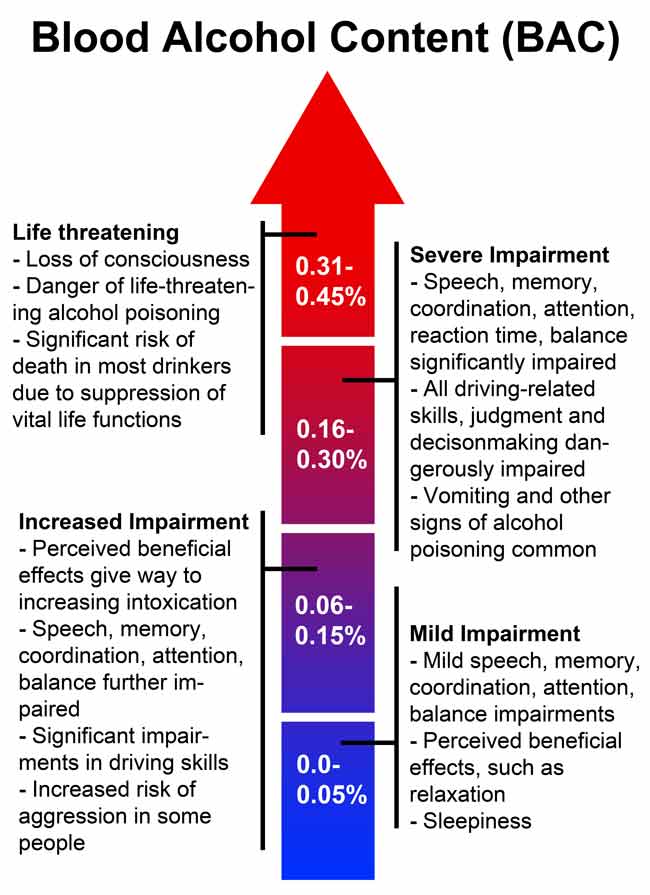 Binge drinking occurs most commonly among young male adults age 18 to 34. Binge drinkers have an increased risk of car crashes, alcohol poisoning, and violence. Alcohol-related car crashes account for 31% of all driving fatalities. As impactful as binge drinking has become, heavy drinking can also have detrimental consequences. Heavy drinking has been linked to liver disease, pancreatitis, cancer, ulcers, and gastrointestinal problems, immune system dysfunction, and brain damage, to name a few. The liver, in particular, is at risk because it is the organ responsible for metabolizing ingested alcohol. Specifically, the liver metabolizes alcohol into acetaldehyde, a chemical that is toxic and potentially cancer-causing. As damage to the liver increases, the liver may later become unable to process toxins both from alcohol and/or other ingested substances. Because heavy drinking is often associated with denial, treatment is initiated by first recognizing and acknowledging a problem.   After that, many treatment options exist. Alcohol and its negative effects have likely touched everyone’s lives in one way or another. Awareness and education are the first steps in catalyzing change and preventing adverse outcomes.

Tagged with: drunk driver
Posted in Drunk Driver
All content found on the dillerlaw.com website, including: text, images, audio, social media or other formats were created for informational purposes only. The content is not intended to be a substitute for professional medical or legal advice, diagnosis, or treatment. Always seek the advice of your physician or other qualified health provider with any questions you may have regarding a medical condition. Always seek the advice of your attorney or other qualified counsel with any questions you may have regarding a legal issue. Never disregard professional medical or legal advice or delay in seeking a medical or legal opinion because of something you have read on this website. This website contains links to other third-party websites. Links are to assist the reader; Diller Law and its representatives do not recommend or endorse the contents of these third-party websites.
Experience
Trust
Results
Call Diller Law, P.C.
Personal Injury Lawyers
Today: (617) 523-7771